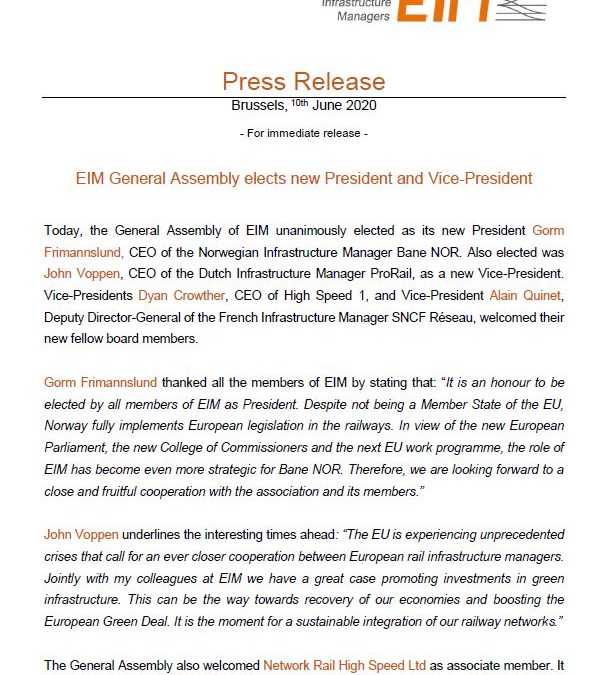 Gorm Frimannslund thanked all the members of EIM by stating that: “It is an honour to be elected by all members of EIM as President. Despite not being a Member State of the EU, Norway fully implements European legislation in the railways. In view of the new European Parliament, the new College of Commissioners and the next EU work programme, the role of EIM has become even more strategic for Bane NOR. Therefore, we are looking forward to a close and fruitful cooperation with the association and its members.”

John Voppen underlines the interesting times ahead: “The EU is experiencing unprecedented crises that call for an ever closer cooperation between European rail infrastructure managers. Jointly with my colleagues at EIM we have a great case promoting investments in green infrastructure. This can be the way towards recovery of our economies and boosting the European Green Deal. It is the moment for a sustainable integration of our railway networks.”

The General Assembly also welcomed Network Rail High Speed Ltd as associate member. It also approved the work done of EIM in 2019 and adopted an ambitious work plan for the second half of 2020 and beyond. 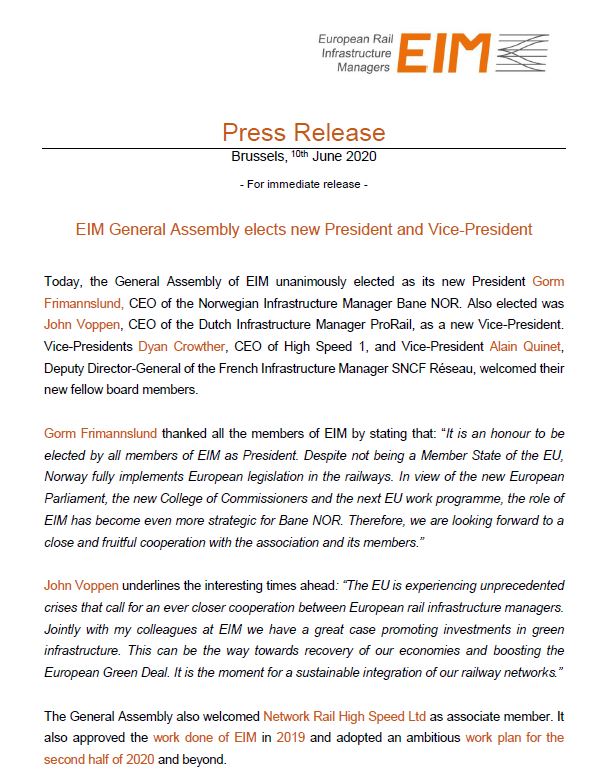