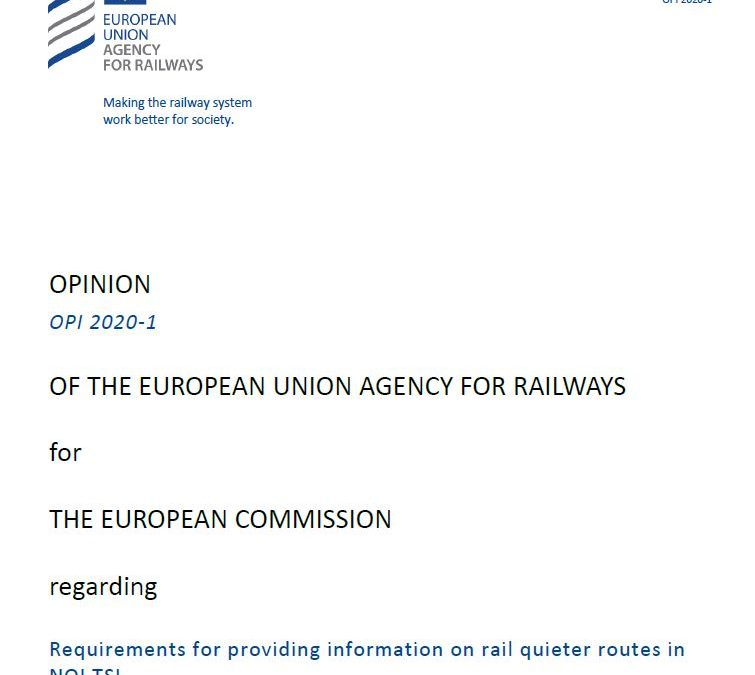 In its note dated 3rd January 2020 and referenced MOVE.DDG2.C/JC (see Annex 1), the European Commission has requested the European Union Agency for Railways to issue an opinion concerning a potential deficiency identified by EIM in its letter of 5th December 2019. This potencial deficiency concerns the provision of information on quieter routes in the following regulations:
– Commission Implementing Regulation (EU) 2019/774 of 16 May 2019 amending Regulation (EU) 1304/20141 (Amended TSI Noise) and
– Regulation (EU) 2019/7772 (RINF)
This present opinion agrees that there exists a risk of double reporting and both regulations should be amended.

Read the full version of the document. 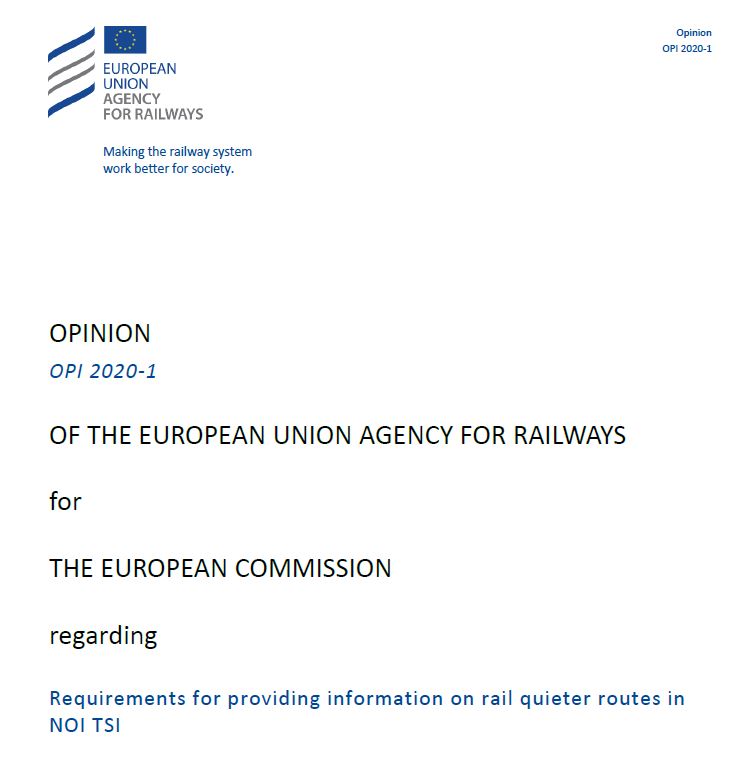